Blueberries are some of the most potent antioxidant foods

Health food stores are well-stocked with all kinds of antioxidant pills and capsules. Magazines abound extolling the virtues of vitamins C and E and beta-carotene.
Just how important are antioxidants? Can they prevent disease? In what foods do we find them? Can we get too much of them?
Oxygen is needed for the metabolism of fat and carbohydrates for energy. However, exceed oxygen molecules and other free radicals that form as by-products of normal cellular reactions can cause damage to cells if not inactivated. The body has a complex antioxidant defense system to neutralize radicals and prevent cell damage and disease. Aging and chronic diseases, such as heart disease and cancer, are currently believed to result from damage caused by free radicals.

In a Harvard study, tomatoes and strawberries were found to be effective against prostate cancer. The benefits of tomatoes were found in both raw and cooked forms. Men who ate at least 10 servings a week of tomato-based foods had 40% less risk of prostate cancer, while men who ate 4 to 7 servings per week had a 22% reduced risk compared with those eating less than 2 servings per week. Tomatoes are rich in Iycopene, a red carotenoid pigment that has antioxidant activity.

Compromises in the function of the lens and retina of the eye during aging are exacerbated by a lack of antioxidant vitamins and diminished antioxidant enzyme capabilities. Increased antioxidant intake from a diet rich in fruit and vegetables may provide the least costly and most practicable means to delay cataracts. Furthermore, the retina accumulates two carotenoid pigments, lutein and zeaxanthin, obtained from green leafy vegetables. Evidence suggests that the carotenoids, as well as vitamins E and C, help retard retinal damage that leads to blindness.

Many people have decided to increase their antioxidant status by ingesting vitamin E and C and beta-carotene supplements to reduce their risk of disease. This practice is fairly safe since these antioxidants have a fairly low toxicity. However, large scale intervention studies involving the use of supplemental antioxidant vitamins have produced mixed results. Some studies have indicated benefits (such as less coronary artery disease with vitamin E supplements) while others have failed to reduce cancer rates. Some studies have even shown that antioxidant supplements may in fact promote cancer. However, the antioxidant story is much bigger than just these three nutrients.

In addition to the antioxidant vitamins they contain, whole grains, nuts’ fruits and vegetables also contain a wide variety of flavonoids and other plant phenolics (such as ellagic, ferulic and caffeic acids) that act as powerful antioxidants. The flavonoids also extend the activity of vitamin C and inhibit blood clot forrnabon. Grapes, strawberries, raspberries and nuts are rich in ellagic acid, while oats, grapes, blueberries, soybeans and prunes are good sources of ferulic and caffeic adds. The phenolic compounds in ginger have an antioxidant activity even greater than vitamin E. Two recent European studies have found that high intakes of from fruits and vegetables are related to low rates of heart disease and cancer. 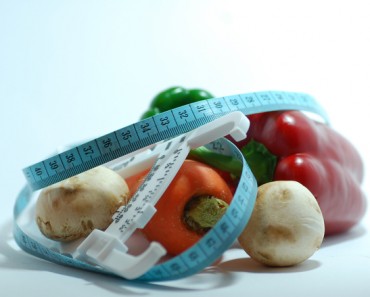