Strange sounding words. Certainly not part of our everyday, normal household conversation. These names appear on the ingredient list on our canned food and food cartons. Polysorbate 60, sodium benzoate, polydextrose, alginate, red 40, BHT, maltodextrin, potassium sorbate, sodium bisulfite, and many others. What do these food additives do? Are they safe? Do they put our health at risk?

Food additives are substances added in small amounts to our food for specific purposes. They are used to preserve the flavor of food, improve its taste and appearance, modify its texture, keep it from spoiling, or to improve the nutritional value of the food. Food additives, such as salt and sugar have been used for centuries to preserve food. With so many processed foods available now, there are today many new food additives.

Food additives, which are regulated by the FDA, are classified according to their function. Emulsifiers such as lecithin and diglycerides allow water and oil in mayonnaise and margarine to keep from separating. Substances such as MSG and guanylates are used as flavor enhancers. Anticaking agents such as sodium aluminosilicate keep dried milk powder and salt from forming lumps.

Many food colorings are available to replace colors lost during preparation, or to make food look more attractive. Some of these are natural pigments such as annatto, beta-carotene, turmeric, and beet juice. There are also a number of blue, red and yellow artificial coloring agents, some of which have been linked with allergic reactions and possibly cancer.

Thickening agents, like alginate, are commonly used to increase the viscosity of a food. Mayonnaise, yogurt, and soy milk are thickened by vegetable gums such as carrageenan, or xanthan gum, while jams are thickened with pectin. Propylene glycol is a commonly used humectant that prevents a food from drying out. Preservatives like potassium sorbate inhibit food spoilage due to microorganisms.

Sometimes vitamins and minerals are added to food to improve the nutritional value of a food. Successful fortification programs include the addition of iodine to salt; the addition of B vitamins and iron to grain products; the fortification of dairy and dairy substitutes with vitamins A and D. Sweeteners other than sugar, such as sorbitol and isomalt, and low calorie sweeteners like sucralose and aspartame, are commonly used to help to reduce calories and assist in the management of diabetes.

There is a much greater health risk from eating foods contaminated by disease-causing bacteria than from consuming food additives. One would not expect to consume excessive amounts of any particular additive, since different food additives are added in small amounts in different foods. While certain additives may be best to avoid, most appear to be safe. Eating home prepared food would greatly reduce one’s intake of food additives. 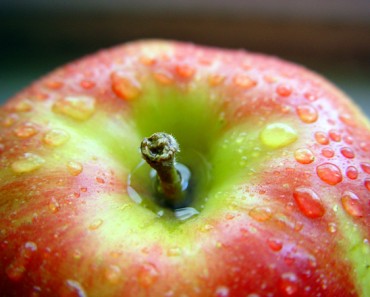