Mention the Southwest, and pictures of desert, sagebrush and tumbleweed often come to mind. However, this region contains a diversity of plants that have been used by the local inhabitants for centuries for food, teas, medicine, and dyes. The plants have adapted to the harsh conditions and tolerate drought and extreme temperatures.

Pinon pine trees dominate the mesas and mountain slopes of the four corners region of the Southwest. The nutritious nuts are commonly eaten by the Native Americans of the area. A bumper crop is produced by the trees only about once every six years. Pitch from the trunk is collected and used to protect sores, and used to waterproof pottery and repair sandals. In earlier days, the pitch was used as a chewing gum.

The Utah juniper which dominates the low elevation vegetation over the Colorado plateau, enjoys a wide variety of uses. The berries are useful for urinary tract irritations and skin problems such as eczema. Puebloan women drink tea, made from juniper sprigs, during labor or immediately after term. Juniper extracts have also been used for indigestion. A boiled liquid of twigs, leaves and berries is used as a Navajo dye for wool. Strips of Juniper bark are used to make roofing material and cords. The wood is a favorite fuel since it burns with a hot flame and little smoke.

The yucca, with its spectacular creamy-white rosette of flowers is the single most important non-cultivated plant of the Southwest. The sweet green fruit of the banana yucca, which taste like summer squash, is eaten fresh or baked, or dried for winter use. In addition, the edible flowers taste like lettuce. The long tough fibers from yucca are used in weaving and construction to make twine, belts, sandals, baskets, paintbrushes, bags, mats, and tapestry. The saponin-rich roots are used for soap and shampoo. Hopi use the crushed yucca roots as a strong laxative.

For centuries, humans have used agaves for making soap, medicines and food. From the plant fibers they made rope and garments. The roasted stem and leaf base of some agaves make a nutritious and filling food that has a delicious, sweet molasses-like flavor. Agave blossoms are also edible. The stems of the agave are also used to make agave nectar or agave syrup, a popular sweetening fluid used in place of honey or sugar. Because of its fructose content it is sweeter than honey and sugar, and has a low glycemic index. It can be used in moderation by persons with diabetes. Agave nectar can be used as a topping for pancakes, waffles and French toast.

A number of cactus are used for both food and medicine. Both the pads and the fruits of prickly pear cactus are useful. The young pads (called nopales) which are rich in soluble fiber are widely used as a remedy for elevated blood sugar in diabetics. They may also help lower blood cholesterol levels. The fruit (called tuna) are rich in vitamin A and C. The pulp is boiled to make prickly pear jelly. When slices of the cactus pads are applied externally to sprains, they help to reduce swelling and tissue inflammation. The flowers, which are rich in flavonoids, are used to make a tea with diuretic properties.

The fruit, buds and flowers of the can be eaten. While the fruit are a little tart, the seeds of barrel cactus are quite palatable. Some prefer tortillas made from these seeds rather than corn tortillas. The sweet tasty fruits of the Hedgehog cactus are among the favorites of the native peoples of the Southwest. The organ pipe cactus is also well known for its intensely sweet and juicy fruits. The pulp can be used for making jam and fruit leather. The saguaro cactus, the most iconic plant of the southwest, is a very important food for the desert peoples. Its reddish fruits are sweet and juicy and have the texture of a dried fig. 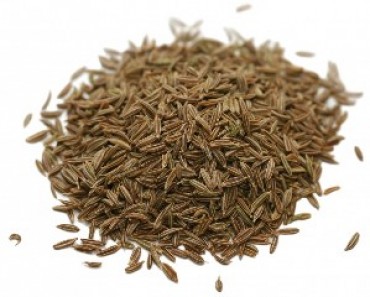