Rooibos (Aspalathus linearis) has long been enjoyed as a fruity, mild-flavored beverage by the local indigenous people where it is grown in South Africa. However, the recent discovery of its high antioxidant polyphenolic content has resulted in its rapid growth in popularity in the West as consumers seek to obtain benefit from its health-giving properties. The mild flavor of rooibos (pronounced Roy-Boss) has made it a very popular ingredient in various herbal tea blends.

Rooibos, an Afrikaans word that means red bush, is a flowering shrub that grows in the Cedarberg mountain region in South Africa’s Western Cape, about 250 km north of Capetown. Rooibos is an erect shrub that grows to about five feet in height. It has reddish-brown stems and bright green needle-like leaves. Since it is a legume, the root has nodules containing nitrogen-fixing bacteria. This characteristic enables the plant to survive the nutrient-poor, acidic soils of the Cedarberg region.

The leaves and twigs of rooibos are commercially harvested between January and March, which is summer time in South Africa. These are cut into small pieces, fermented in a process that is essentially an oxidation, and then sun-dried. Since the fermentation turns the leaves a red-orange color, the sun-dried product is used to make a red tea.

An alternative treatment of the leaves and twigs does not include the fermentation or oxidation step and produces what is referred to as green rooibos. The tea made from unfermented rooibos has a yellow tan color. The green tea possesses a milder taste, while the red tea has a stronger taste described as sweet and fruity. Both teas are available either plain or flavoured.

Green rooibos is often preferred because it contains a considerably higher level of antioxidants. The fermentation step does decrease the antioxidant activity of the tea, possibly due to the 25% loss of polyphenolics during the process.

In spite of the many claims that have been made, rooibos is not a good source of vitamin C and has very little of most minerals. A 200 ml cup of the red tea provides less than 2 percent of most of the minerals. Exceptions to this are fluoride and copper, which appear in significant amounts in rooibos tea.

In addition to its high level of polyphenolic antioxidants, another reason that rooibos has become a popular health beverage is that it is amild-tasting tea that is totally caffeine-free. This gives it a distinct advantage over regular green and black tea made from Camellia sinensis. Furthermore, it also possesses a low level of tannins, and hence it lacks the bitter astringent taste experienced with many other teas such as those made from Camellia sinensis.

The low tannin content of rooibos is an advantage for persons with digestive problems who have difficulty with tannin-rich beverages.Tannins bind iron and therefore reduce the absorption of non-heme iron. This can be significant for those with marginal iron intake. Some teas like black and peppermint tea may inhibit iron as much as 80 to 90 percent.

Possibly due to its high flavonoid content, rooibos is reported to have antispasmodic properties, and is commonly used in South Africa to treat babies that have colic and stomach cramps. South Africans also use the tea for calming intestinal spasms and digestive upsets in adults. Because it is rich in polyphenolic antioxidants, it is claimed that rooibos tea should protect one against cardiovascular disease. It has been found to be of some help in preventing diabetic vascular complications.

Rooibos has the ability to inhibit skin tumors. Its flavonoids can protect against unwanted genetic damage to cells. An extract of the tea has been shown to augment antibody production with the generation of interleukin-10. At present, scientists are evaluating the effect of rooibos tea in providing protection against liver and colon cancer. It can activate an enzyme system known for its ability to clear the body of cancer-causing agents.

Rooibos tea is commonly used for respiratory disorders. The tea is rich in flavonoids that provide selective bronchodilator effects and anti-inflammatory activity. Some have claimed that rooibos can also help with allergies, eczema, and other ailments but many of the health claims made for rooibos have not been verified by scientific research. A Japanese study did establish that patients with dermatitis showed a significant decrease in itching when using rooibos.

The antioxidants of rooibos tea may be useful in helping to prevent the changes in the aging brain. Experiments have revealed that rooibos tea can prevent age-related accumulation of lipid oxidation products in several regions of the brain of rats. If this can also be shown true for humans, rooibos could prove useful as an anti-aging agent.

Rooibos can be served either as a hot beverage or as an ice tea. It has also been used as a basis for soups, sauces, fruit drinks, hand creams, and body lotions. No adverse effects of rooibos consumption have been reported. Rooibos provides a beverage that both tastes good and is good for respiratory ailments and gastrointestinal disorders. More studies are needed to validate its uses and properties. 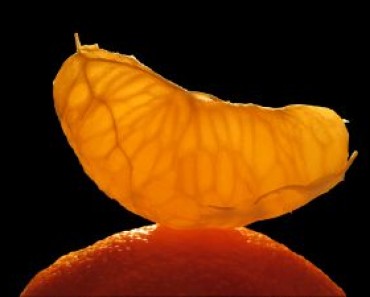